Ulan Bator, Mongolia is next

As much as I liked Ulan Ude, I wanted to get down to Mongolia and see my friends so I took leave of the city and headed for the border. But not before taking some advice I would regret.

“Why take train? Bus is cheaper.”

I forgot how tough these people are. The bus may be nothing to them but they are used to suffering. If fact, there has been so much suffering in the history of Siberia that a hard life seems easy. Anyway, don’t take a long bus ride in Asia unless you are prepared for some suffering.

But the good part was: the bus riding torture stops for a while when you get a dose of Russian border crossing suffering. I had about four documents stuffed in my passport and hoped I had them in order. 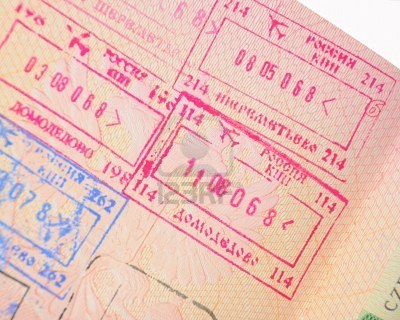 As you approach the border, uniformed people keep stopping your bus, boarding, and checking your passport. I lost count of how many stops we made. But finally you get to the actual border. Your bus is in a line of vehicles that inch along. Then you get off and line up in person.

Mongolians don’t care much for lining up and some new ones kept getting ahead of our group until a Russian lost his temper and said something in a stern, no nonsense command. He may have been an old military guy. Anyway, there was no line cutting after that and we moved on.

You go through many buildings and climb up and down many steps and finally you see a guy with a stamp in his hand. It sounds like a happy explosion as he slams it down on the passports. You almost tremble with anticipation of your own stamp. But you don’t want to tremble too much since that might get you into trouble, so you stand still hoping you look bored with the process. When the stamp comes down, you feel you can begin your life again. You get back on your bus and the bus suffering doesn’t seem so bad anymore.

The Mongolian side of things seems rather easy after the Russians although I had some trouble with a dirty lad that wanted something from me. I kept a close eye on him as he tried to find a way behind me.

Next stop: Ulan Bator, And only six hours away!

Ulan Bator, Mongolia is next