Samuel Johnson liked London. He said “You find no man, at all intellectual, who is willing to leave London. No, Sir, when a man is tired of London, he is tired of life; for there is in London all that life can afford.” At least, I think he liked it.

What Do You Know about London?

Okay, it’s the capital of England. But it wasn’t always that way. The Romans called it Londinium. So why do they call their river ‘The Tems’ when it looks to be Thames? I don’t know but like a lot of things there, it goes back a long way.

I flew in to Heathrow airport. It’s a busy place. I’m glad I had someone to meet me: Jane. She showed me around. Stuff like the Tower of London, Tower Bridge and, of course, The Tems. We didn’t go up in the London Eye. Ever since the CN Tower in Toronto, I haven’t wanted to be up that high.

Back to the Romans. They had a wall around it for a long time. But the Anglo-Saxons had created a suburb called Lundenwic. Anyway, the Vikings kept attacking them so they went back inside the walls. The Danes captured it but Alfred the Great recaptured it.

As time went on, it got bigger until King Edward the Confessor had to rebuild Westminster to keep up appearances. William was crowned King of England right there in Westminster Abbey in 1066. He built the Tower of London just to let everybody know he wasn’t taking any guff from anybody. William II built Westminster Hall which turned into the Palace of Westminster.

You’ve heard of the Black Death. London lost about a third of it’s people then. And The Great Fire of London didn’t help at all in 1666. There were a lot of wooden buildings. I say ‘were’. Between that and The Great Plague, London lost another 100,000 citizens, about a fifth of the population.

William Shakespeare gave some class to the place in the 16th century. How much has been argued ever since.

I know I’m leaving out a lot of wars and stuff but moving quickly on to the 1950s, London became the place to go. At least for people from Jamaica, India, Bangladesh and Pakistan.

In the 1960s, the young people took over. Well, they didn’t really take over but they did make London a more Swinging place. The youth subculture invaded The King’s Road, Chelsea and Carnaby Street. That was updated during the punk era.

For the 21st century, the Millennium Dome, London Eye and Millennium Bridge were built because everyone liked saying ‘millennium’ at that time.

In July 2005, London jumped back in the news when The Underground subway was bombed in a terrorist attacks. 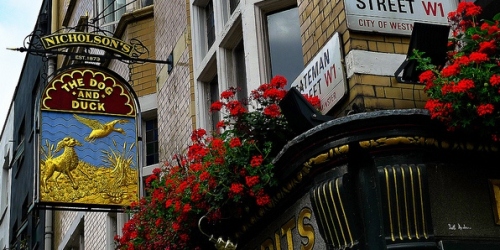 London has a reputation as being a rainy city. It really only rains about once a week in the summer. Bring an umbrella with you. Sure, the Winters get chilly but the frost usually stays in the suburbs. There is a little snow. But the summers make up for that being generally warm and sometimes even hot. It’s usually about 24 °C (75 °F) in the summer.

I’ll tell you the truth, I was confused about London because it’s so big they call parts of it by names like Bloomsbury, Mayfair, Wembley and Whitechapel. I can tell you this much: The West End is good and The East End not so much.

Where Should I Go?

If you’re like me, just walk along The Thames and see The Tower of London and the bridges. I hope you have a guide as good as Jane to tell you what is what.

If you like old Tudor palaces, check out Hampton Court Palace. As depressing as it is famous is The Monument in the City of London commemorating the Great Fire of London. Nelson’s Column is still in Trafalgar Square and Buckingham Palace is, well, it’s Buckingham Palace!

Check out St Paul’s Cathedral. You know, I missed this and I’m sorry I did.

They got tired of saying ‘millennium’ so the Millennium Dome, near the river, east of Canary Wharf, is now an entertainment place called The O2 Arena.

If you’re a Park Person, you have Hyde Park, Kensington Gardens and Regent’s Park with the London Zoo there.

Primrose Hill is a great spot to view the city skyline. Hampstead Heath of North London has Kenwood House, where classical musical concerts are held by the lake in the summer. A lot of people go there for the music and scenery. They have fireworks, too.

I’m sorry to say that London is one of the most expensive cities in the world. To get worse, you have to go to Tokyo or Moscow.

I forgot to tell you: the London Underground is called the Tube. It needs some work. Hey, it’s the oldest public transport in the world. And don’t forget to ride on top one of the red double-decker buses. 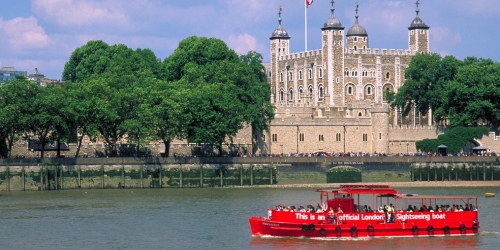