What Do You Know about Peru?

In times BC, groups such as the Chavín, Chimú, Nazca, and Tiahuanaco came down from the north. The Chimú city of Chan Chan was going in about 1000 AD, but is in pretty poor shape these days.

The Inca started out as a warlike tribe living in the desert of the southern mountains. About 900 years ago, they decided that the Cusco Valley looked a lot better for growing stuff and moved in. Well, that was a big improvement and by 1500 they had an empire-ized the west coast of South America. It stretched from Paraguay to Ecuador. Or from Ecuador to Paraguay, depending which direction you went. Of course, they didn’t call them by those names like we do. The emperor was considered divine. And not just by himself, like our leaders, but by everybody else, too. They had a lot of gold and silver which caused them a lot of trouble when the Spanish heard about it. 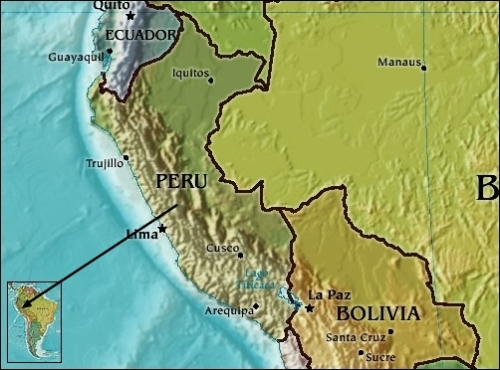 In 1995, they found some 500-year-old remains of two Inca women and one Inca man frozen in the snow on a mountain peak in Peru. This was on Ampato, a sacred peak in the Andes mountain range. The anthropologists had a field day with this find, especially when they saw the doll-size statuettes dressed in feathers and fine woolens. They figured this was part of some sort of sacrifice since they wouldn’t come up there unless somebody made them do it. 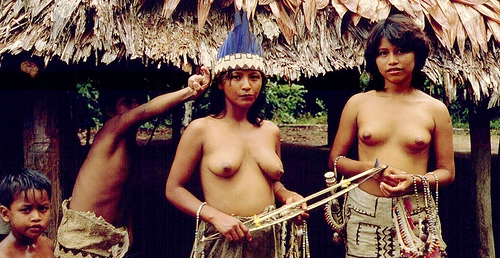 The Spanish Take Over

In 1532, Francisco Pizarro showed up with about 180 men. The Inca were tired out from a civil war over who was emperor, Atahualpa or Huascar. Rather than take sides, the Spanish just took over. You might wonder how less than 200 guys could take over an empire. They had guns and horses. Nobody had ever seen either before and if the horses weren’t enough to shake them up, the guns certainly were.

Atahualpa had come out on top in the civil war but he couldn’t really enjoy his success because the Spaniards ambushed him, and killed thousands of his followers. After they kidnapped Atahualpa, they demanded a ransom. They got a lot of gold and silver. It may have been the biggest ransom in history. This did not stop the Spaniards from murdering him in 1533. You just can’t trust kidnappers.

The Spanish chewed up the empire and spit it out. The people also got sick from diseases brought by the Spaniards that they had no immunity to. Some went up into the mountains and held out for about four decades. That sounds like a long time, but eventually (in 1572) the Spaniards caught up with them and executed the last Inca ruler, Tupac Amaru, and everybody with him.

Well, in 1535, Pizarro was sitting pretty in his new capital city called Ciudad de los Reyes. That is Spanish for “City of the Kings”. The call it Lima these days. This was fine for Pizarro until 1541 when someone assassinated him. Unfortunately, none of the Inca rulers were there to see it. 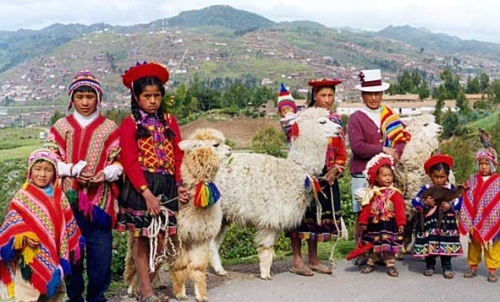 The Inca civilization brought together what are now Peru, Ecuador, and Bolívia. The Spanish, whose main deal was getting gold kept this going with few changes. They told the people that they needed to become Christians and cut out their own religion. The Spaniards also put them to work getting the gold to send back to Spain. This, of course, put the Inca and the Spanish at odds in every way possible. It still goes on, today.

The Spanish introduced a system where they owned all the land and the Inca worked it. Colonial Peru was a society where a small land-owning class controlled the large, landless and illiterate class of local people. You know, maybe it was a lot of changes.

In 1542, a Spanish imperial council put in some new laws and tried to stop the cruel treatment of the Native Americans. Spain created the Viceroyalty of Peru, which comprised almost all of Spanish South America.

The first Spanish viceroy arrived in Peru in 1544 and tried to enforce these New Laws. The conquistadors were having none of it and, in 1546, killed the viceroy. The New Laws were put on hold.

In 1569, Francisco de Toledo arrived in Peru. It took him 14 years, but he established a new system of government. His method of government was Spanish officials ruling through lower officials made up of Native Americans who ruled the local people.

After about 200 years of this, about 60,000 Native Americans revolted against the Spanish. They were led by the Peruvian patriot, José Gabriel Condorcanqui. He adopted the name of an ancestor, the Inca Túpac Amaru. Not so fast, said the Spanish and executed Condorcanqui, whatever he calling himself, and thousands of his fellow revolutionaries.

Opposition to the imperial Spanish rule was growing all through Spanish South America. The Creoles were people of Spanish descent who were born in South America. They resented being considered second class to Spaniards born in Spain, who were called peninsulares.

In 1820, the Argentine soldier and patriot, José de San Martín showed up. He had defeated the Spanish forces in Chile and was ready to take them on in Peru. The Spanish troops had heard what happened down south and left Lima. Peruvian independence was declared in 1821. It took a lot more to really get rid of Spanish control. The Venezuelan revolutionary hero Simón Bolívar entered Peru with his armies in 1822. In 1824, Bolívar’s army convinced the Spanish that the party was over.

This did not really change that much other than Creoles gaining power. You still had two groups: Europeans and local people living side by side but strongly divided. In 1822, a new centralized government with a president and a legislature were installed. But democracy was not that easy.

The years following independence were extremely chaotic until 1845, when Ramón Castilla, seized the presidency. Fortunately for Peru, he turned out well. He was a reformer. He abolished slavery. He constructed railroads and put up telegraph wires. You could call your mom and say you were coming there on the train.

They got a new constitution in 1860. Castilla was also into guano, which was highly valued as an ingredient in fertilizer. Guano is a polite name for poop. While America was fighting their civil war, Peru was fighting with Spain over poop. Spain had seized the guano-rich Chincha Islands. Ecuador, Bolivia, and Chile came to their rescue since nobody liked the Spanish stealing their poop. They defeated Spain in 1866, but it took until 1879 before Spain officially recognized Peruvian sovereignty over the poop.

This did not end the fighting over the poop. It went on between Peru, Bolivia, and Chile. Chile came out on top and occupied Lima. This wasn’t completely settled until 1929.

So the story started out about gold and ended up with poop. Well, it was also about nitrate. You can go see for yourself how things are going although most people just go to Machu Picchu to see the ruins. 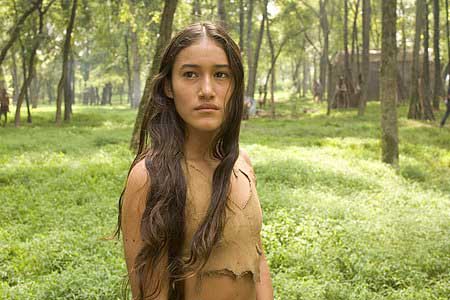 Actress Q’orianka Kilcher, who played the part of Pocahontas in “The New World,” was arrested at the White House after tying herself to the fence in a protest over the pending visit of Peruvian President Alan Garcia.

Kilcher’s father is a Peruvian Indian. Her mother, Saskia, was arrested along with her.

The actress was charged with disorderly conduct, her mother with defacing government property. The Peruvian papa was charged with having a rowdy daughter and an misdirected but artistic wife. He claimed he didn’t know about any of it and said he had to hire a cook and maid back in Peru to cover all this activism and how people didn’t work so cheap as they did in old days.

The star is no stranger to activism. Kilcher visited the Peruvian capital of Lima to support Alberto Pizango, an indigenous leader. She also sat with Bolivian president Evo Morales at a political rally on climate change.