Hammerfest is the northernmost city in the world. It’s in Norway and this is a little history for those who are historically nosy.

It is a natural harbor and made for a great fishing village to spring up.

Hammerfest history includes several attempts by men and Mother Nature to remove it from the map. It has been rebuilt from scratch more than once. Like after the hurricane that blew it down in 1856. It had been a town since 1789 and the Hammerfestians were not giving in. A fire toasted it in 1890. Again, rebuilt.

But the worse thing was the Nazis in 1945. The order came down that “no building be left standing”. So, as they left in retreat, they followed that order. In other places, German soldiers ignored their final orders as the Reich crumbled, but not these guys.

Nazi Germany had occupied Norway since 1940. Hitler did not want the Russians to be able to use anything in the whole area as they retreated. So, in 1944, they forced the people to leave. Then they burned everything to the ground. Hammerfest was gone.

But from the ashes, the people rebuilt Hammerfest. They also built the Museum of Reconstruction. What had been lost? All the homes, most with animal sheds. The schools, the churches and the hospitals were gone. All the communications lines were destroyed, roads were blown up, boats destroyed, animals killed.

In the rapid evacuation, many children were separated from their parents. This destruction was done, not just in Hammerfest, but in the entire large Finnmark. So even if the hospital was outside of Hammerfest itself, it had been the place they went to for care, and was gone as well. 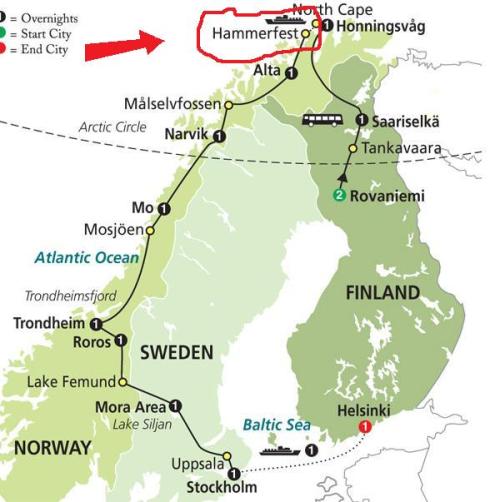 Special “12-meter style” homes were constructed to house three families each during the reconstruction period. German troops had booted many families out during the occupation but now they and the ones who were part of the final evacuation could return. Sadly, they found only the graveyard chapel left standing. 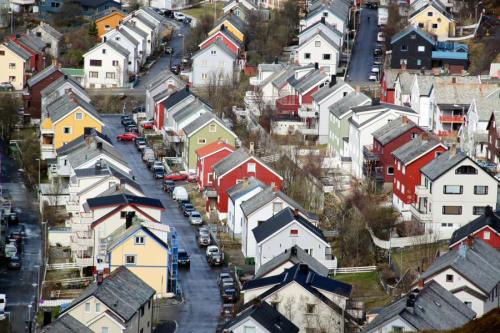 There were a few things that had been buried in the ground before they left. Some of these treasures were recovered after the war and later donated to the museum. Others placed the items they found in their new homes to connect them to the past.

According to Susan Zimmerman, who visited Hammerfest to discover it’s WWII past, Hammerfest “rose from the ashes of war like a phoenix”. In fact, she called her article “Hammerfest, Norway: Phoenix of the Far North”. You can find it below in the link. 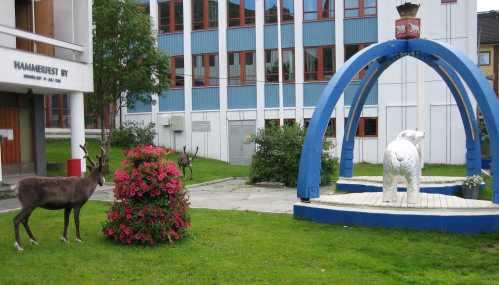