On his way to the Spice Islands in the East Indies, Toribio Alonso de Salazar discovered the Marshall Islands in 1526. At least he sighted the Bokak Atoll. Close enough. He had become commander of the ill-fated Loaísa expedition after Loaisa died. He did not live to see much acclaim since he died of scurvy a month later.

Later, Álvaro de Saavedra Cerón was on his way across the Pacific. He mentions a group of islands from which several natives came off and hurled stones at his ship. He names these islands “Los Pintados,” which means “Dodging Rocks” Another group of islands he calls “Los Jardines” where he went ashore and exchanged gifts with natives. “Los Jardines,” means “No Stones Thrown at us”. These were probably the Marshall Islands.

So, how did they get to be the Marshall Islands? Enter Captain John Charles Marshall coming to the islands in 1788. He can thank Russian explorer Adam Johann von Krusenstern and the French explorer Louis Isidore Duperrey for slapping his name on the islands when they drew maps of the islands around 1820.

Spain claimed sovereignty over the islands until 1870s. When finally recognized by the world as the owners, they promptly sold the islands to Germany.

Not wasting any time, German emissaries hurried to Jaluit to sign a treaty with Kabua, “King of the Ralik Islands”. Hey, they even erected a sign that read “Imperial German Protectorate”. The Marshall Islands had become known for copra, a coconut product.

Japan moved into the Marshall Islands with 1,000 people and tried to change the social organization in the islands from Matrilineality to the Japanese Patriarchal system, without success. Indigenous people were educated in Japanese schools, and studied Japanese language and Japanese culture.

In the 1930s, the Japanese began building air bases on several atolls. The Marshall Islands had became an important part of their defensive ring at the beginning of World War II.

But during World War II, the United States, took over the Marshall Islands adding them to the U.S. Trust Territory of the Pacific Islands.

In the 40s and 50s, the U.S. tested many nuclear weapons in the Marshall Islands, including the largest nuclear test the U.S. ever conducted, Castle Bravo. By 1956, the Atomic Energy Commission regarded the Marshall Islands as “by far the most contaminated place in the world”. The health effects from these nuclear tests lingered on and at least $759 million was paid to the Marshallese Islanders in compensation for their exposure to U.S. nuclear testing.

In 1979, the Marshall Islands became self-governing with an agreement for the United States to aid and defend the islands in exchange for continued U.S. military use of Kwajalein Atoll. 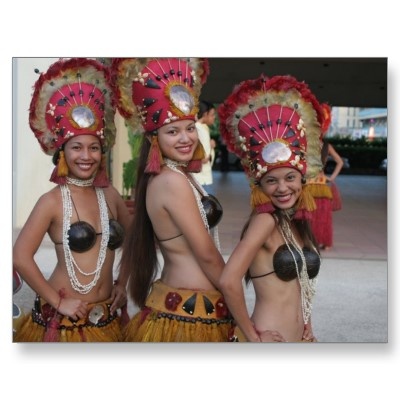 back to Marshall Islands page