Does “Krasnoyarsk 26” ring a bell? Probably not. Not until 1992 could anyone there even tell you where they lived. But they still weren’t supposed to. It didn’t exist. It wasn’t even on the map! It was near Krasnoyarsk and ’26’ was a post box that was used for the stuff going there. It was also nick-named Atom-town.

This settlement held secrets. The secret Satellite Communication Center and the weapons-grade plutonium they produced caused the Soviets to keep this place quiet.

The city became “Zheleznogorsk” when keeping the town a secret was no longer necessary. But four years later, the residents decided outsiders were still not welcome. Maybe the problems and pollution of other Russian cities had made the citizens of Zheleznogorsk wary of progress. 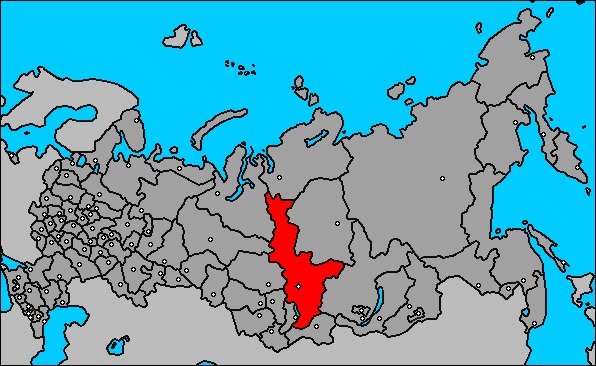 The town square looks on the Palace of Culture. You can fish in the man-made lake and nearby the trees shade the park pathways and pavilions. The big playground for kids is loved by everybody. A museum has stuff they found during construction work like bones from mammoths and fossils of an ancient rhinoceros.

The town is peaceful and comfortable. Those allowed to visit come back when they can. It is so different here from the dirty, noisy industrial cities. Maybe life isn’t perfect in the post-communist era for this hidden mini-St Petersburg but the residents want to keep it like it is for as long as they can.

With all the secrecy, using the telephone in the 50’s was only for government communication and monitored by official telephone operators. They used special “high-frequency” lines to keep out eavesdroppers.

From 1968, a long-distance call to your family for a few minutes involved making an application and signing a non-disclosure of sensitive data agreement. At your appointed time, you waited for the telephone operator to connect your call. Then you entered a booth clearly labeled “Your conversation is bugged.” 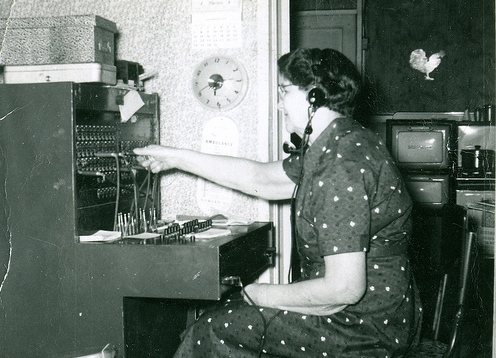 Eventually, you could get a telephone in your apartment for local calling if you lived on the right street. Still, no long-distance calls from home until 1991.

They installed a PBX box in 1995 and now all kinds of communication are available Zheleznogorsk including mobile, fax, paging, email, and the Internet.

In 2002, some veteran workers were sad to see the end of the old station at the school. Some had worked there since it opened in 1956.

Can You Go There?

Maybe it’s on the map now but without authorization, forget it. Just send a request to the Ministry of Atomic Energy and the Russian national security agency. Maybe they’ll answer in about two months. Even with a letter of invitation, your visa may take another month to process.

First, get to Krasnoyarsk. From Moscow on a red-eye flight or by the three-day train from Moscow called the “Yenesei”. It is more scenic, of course, and doesn’t cost as much for your sleeping bunk.

Then just jump on bus 521 from the Yemelyanovo airport to Zheleznogorsk. The Icarus Company runs the daily shuttle. Leave at 8:30 in the morning and you get to Zheleznogorsk in time for lunch. From the Krasnoyarsk train station take bus No. 502. Or take a taxi for a lot more rubles.

No worries now since your host will meet you and take you around Zheleznogorsk. You won’t be wandering around by yourself, believe me. Surprisingly, there is a local tourist agency that arranges tours but it is not open to the public. There is no public in Zheleznogorsk.

For the residents and special guests there is a lot of stuff to do. Recreational activities include a dip in an indoor swimming pool, roller skating outdoors, seeing sports like soccer or hockey, playing tennis, ice skating, or practice your shooting at a gun range. And there are many community exercise facilities in town.

You might get to see the Winter Torch Festival. Skiers descend the slope holding lit torches the annual event which the organizers say promotes a healthy way of life.

Baltiskiy is a big variety store similar to Target or K-Mart in the United States. Get clothes, shoes, electronics, or toys for children. It’s on Leningradsky Prospekt.

Your host may take you to The Argo on Ulitsa Kurchatova for dinner. Great Russian food can be found at The Baykal on Ulitsa Shkolnaya where you can dance later in the evening until 3 AM. On the weekend, there are special traditional dance performances.

The Tsentralnoye Café is located downtown on Ulitsa Lenin in the Hotel Tsentralnoye. It has many wine choices if you tire of vodka. The cozy Esse Club Café is also on Ulitsa Lenin. Or maybe sneak in to the Sibir’ Café on Ulitsa Sverdlova for a quick and inexpensive bite. Just kidding. You won’t be doing any sneaking whatsoever without causing trouble for yourself.

Pacifists will be glad to know that 2010 brought the end of nuclear material coming out of Zheleznogorsk with the shutdown of the last plutonium-producing reactor in Russia. The reactor had been producing weapons-grade plutonium for nearly 52 years.

One thought on “The Town That Had No Name”